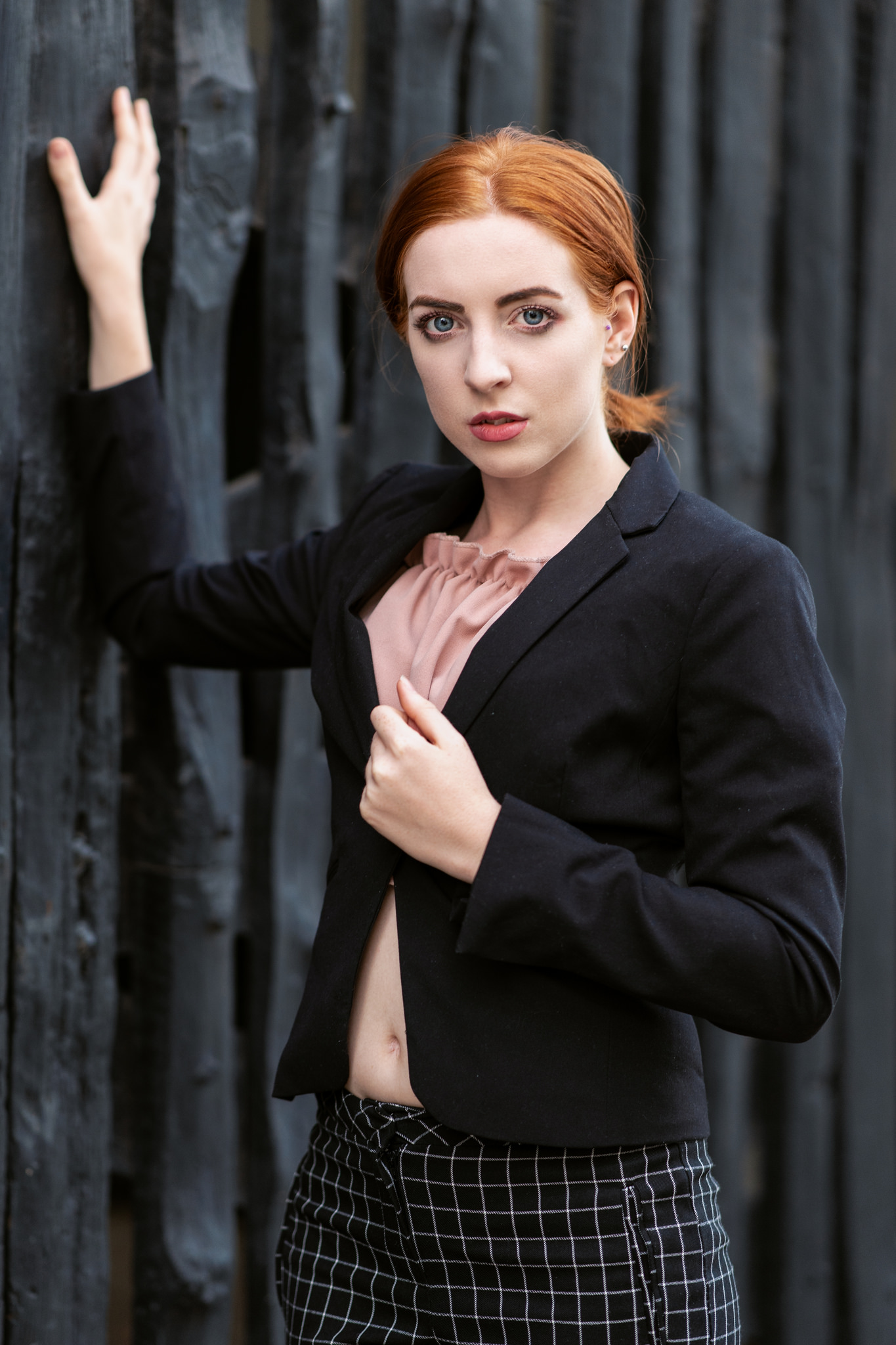 We Are Creatives – Magazine Submission

These are a few of my favourite things.. Feeling totally amazed and very privileged to be asked if I’d like to be the ‘featured photographer’ in the second edition of the 0n-line photography magazine “We […] 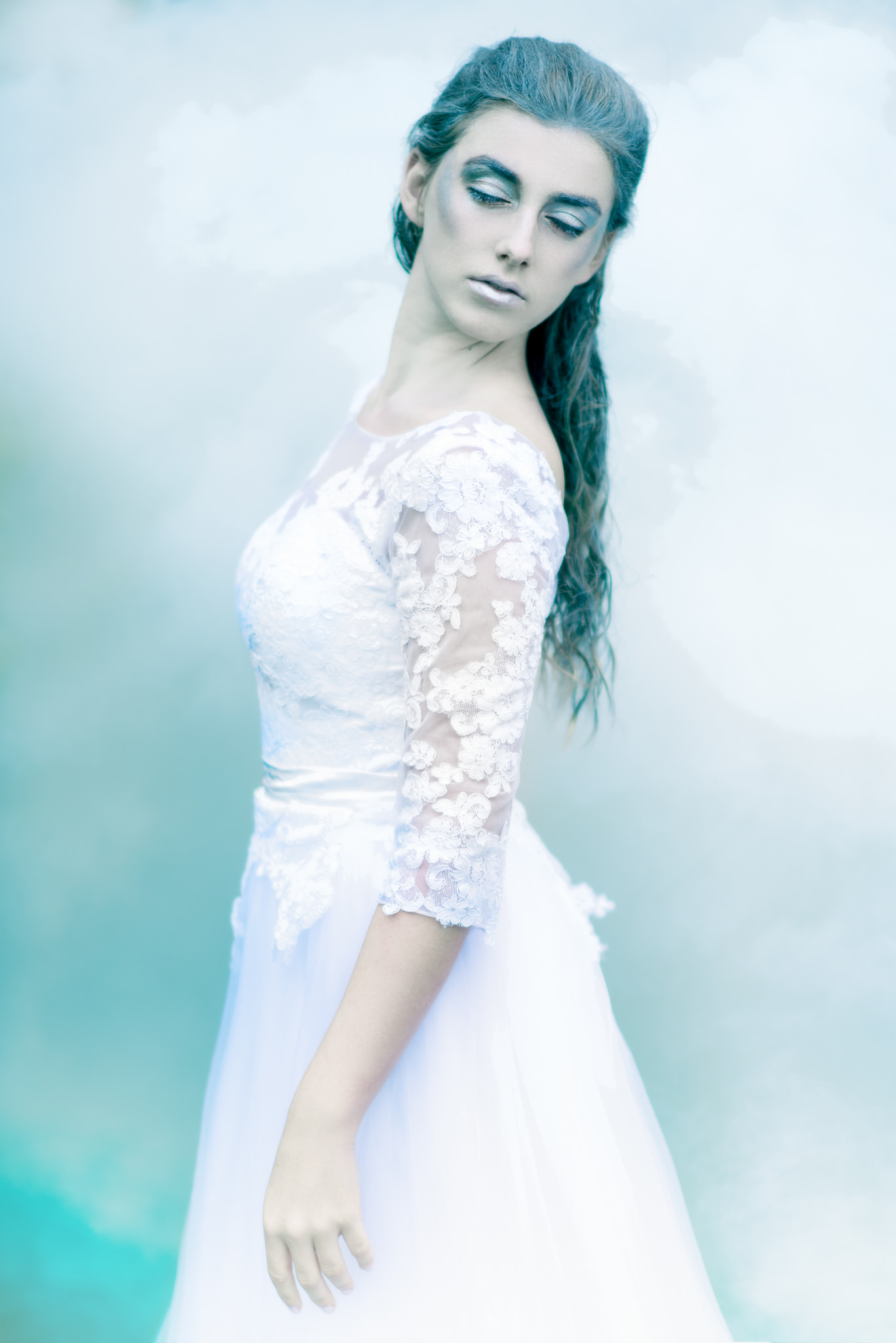 messing about with Smoke Grenades Dear friends, the inspiration for this image came from marrying a couple of ideas I’ve been thinking about for some time. Firstly, I’ve always wanted an excuse to let off […] 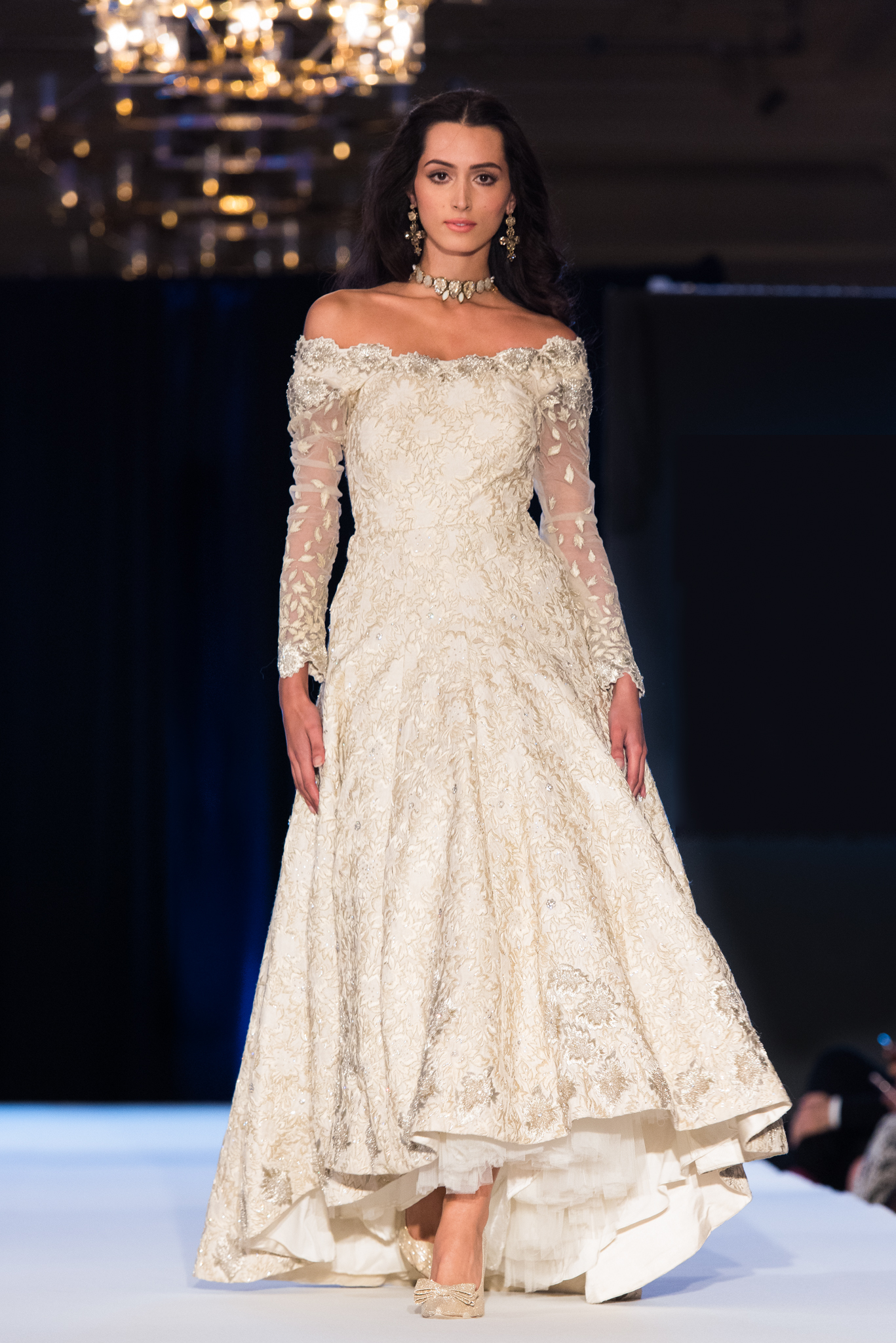 Rise on the Runway 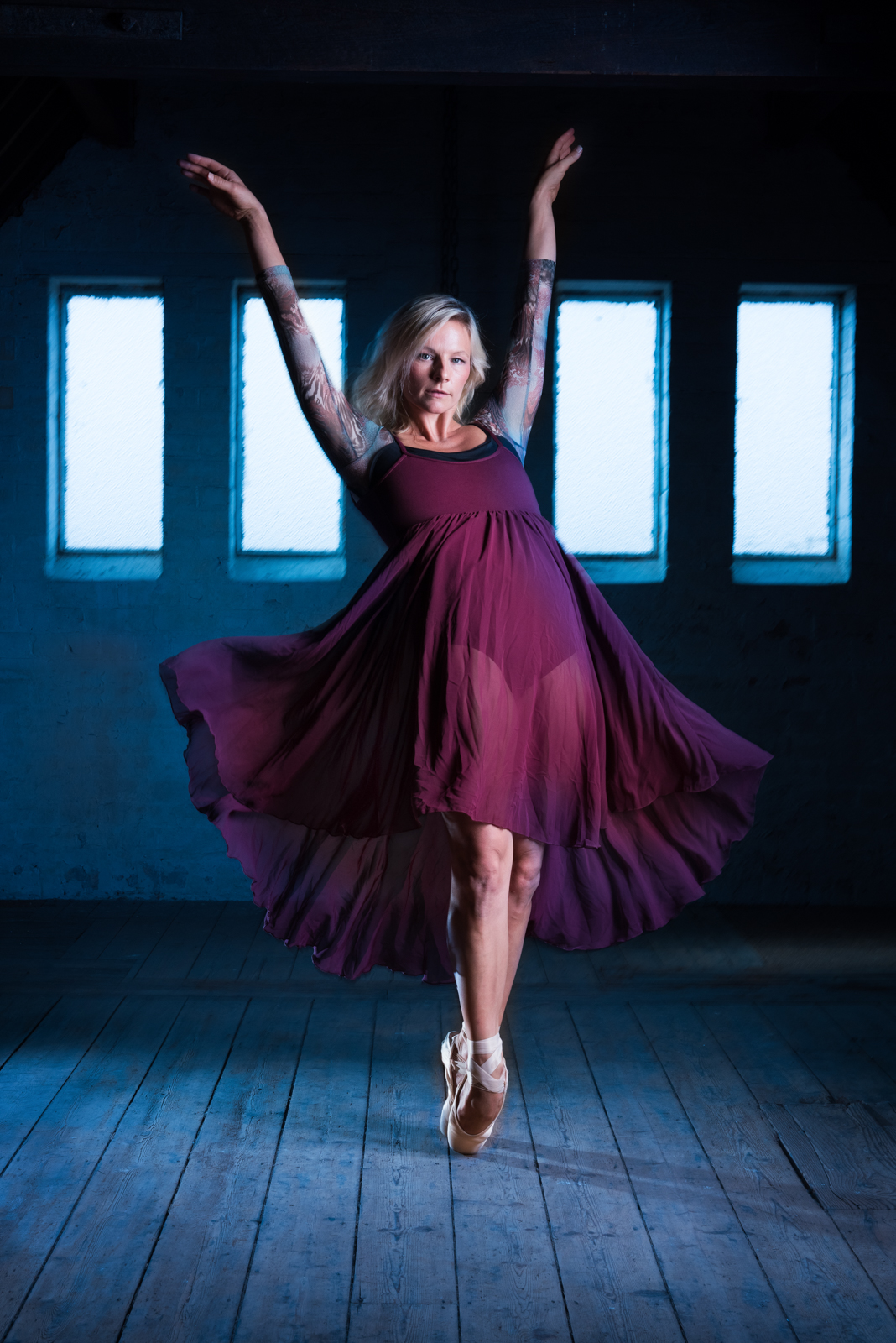 At the end of July, I had the pleasure of attending a Dance Inspired Photography Workshop run by Andrew Appleton and Appleton Photo Training. Being able to combine photography and dance, two things I’m passionate about, has been something I’ve wanted to try for ages. 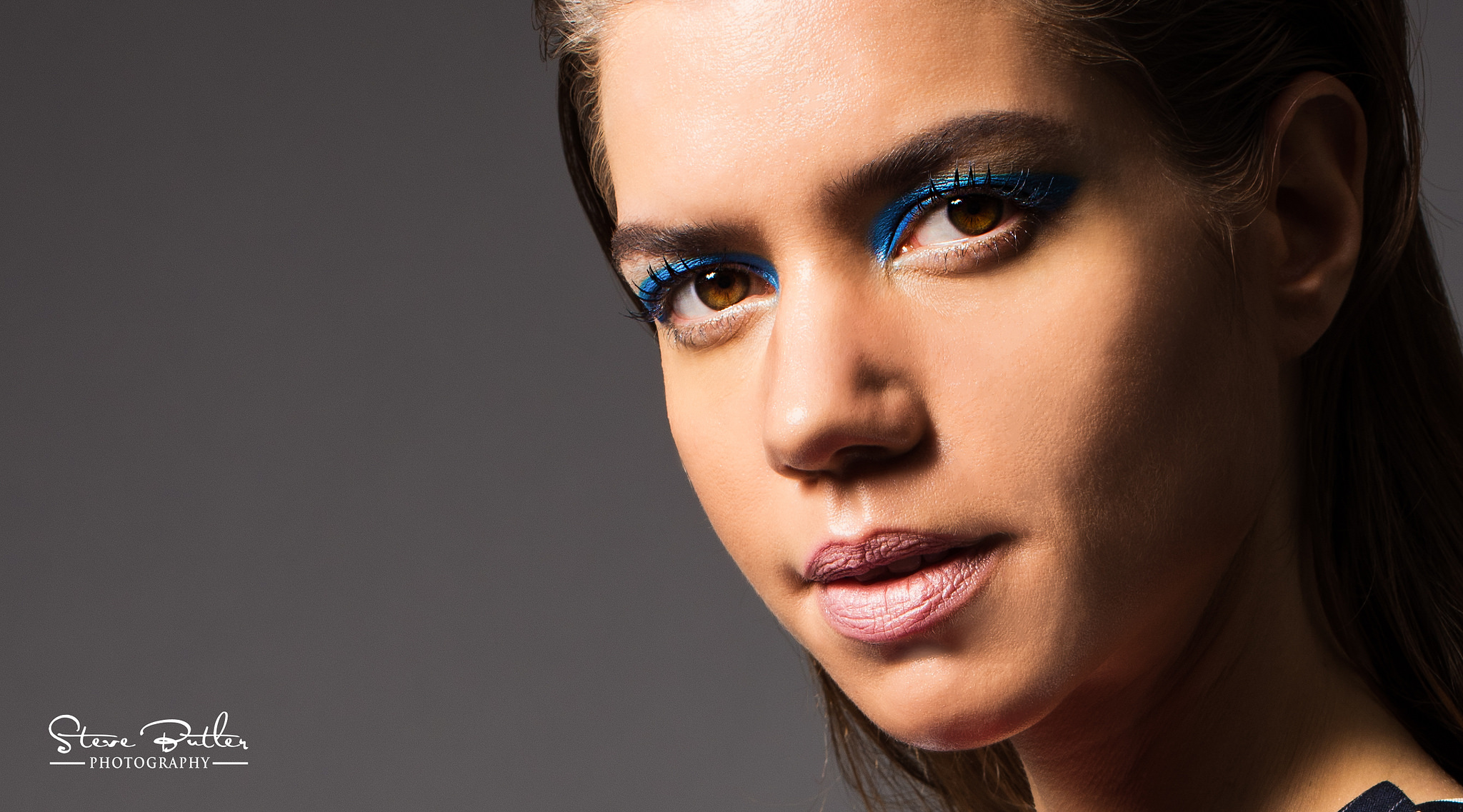 This image of model Emelie Stenman was taken during the Rossella Vanon Fashion Workshop I attended in April 2015. Captured with a Nikkor 50mm f/1.4G lens, this is only a small crop of the original used to practice retouching/editing. 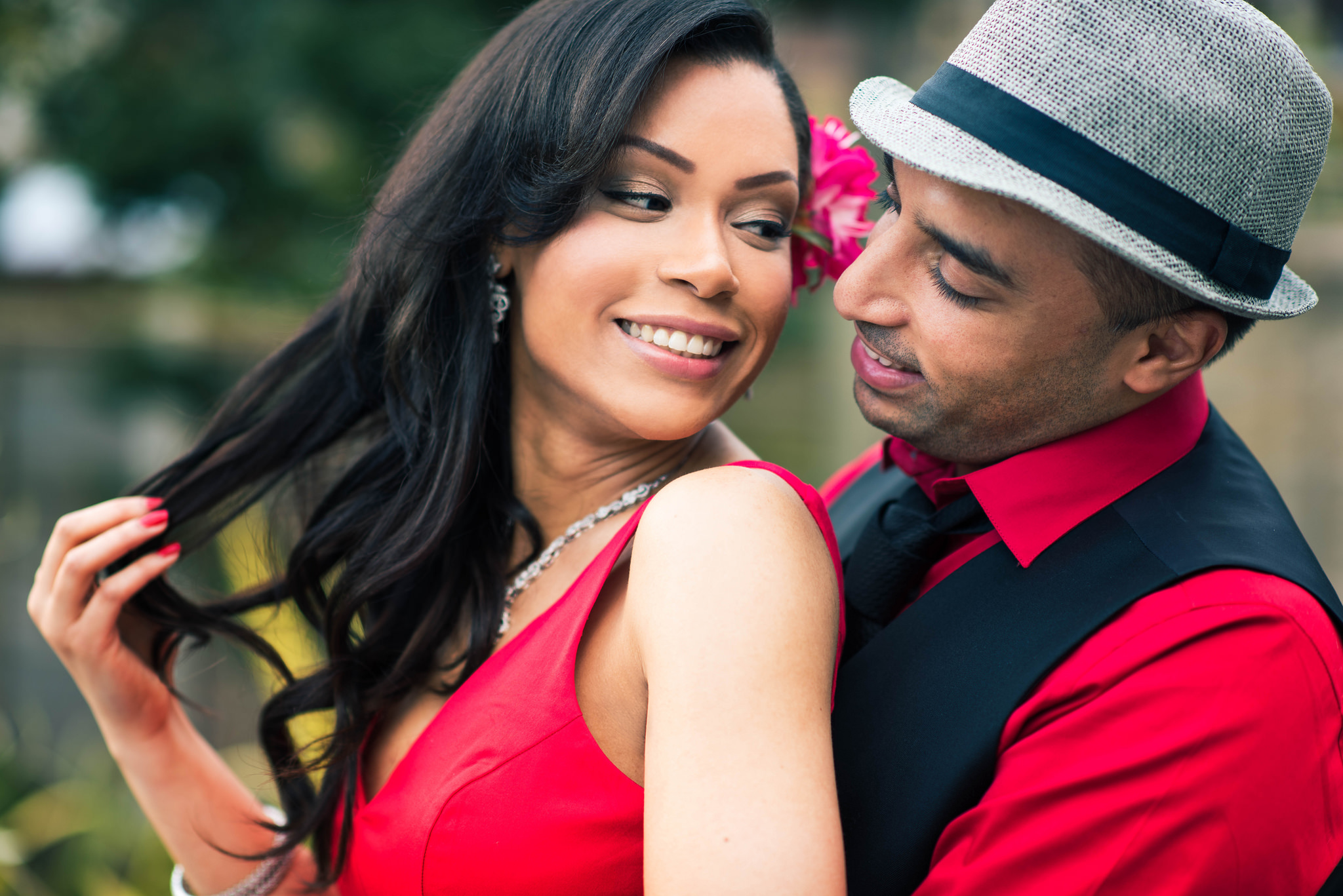 A few weeks ago, I had the pleasure of shooting an event to celebrate the forthcoming wedding of Nayrobi & Shailan as señors and señoritas converged on North London for an evening of delicious food, laughter and special entertainment with a Latin vibe. 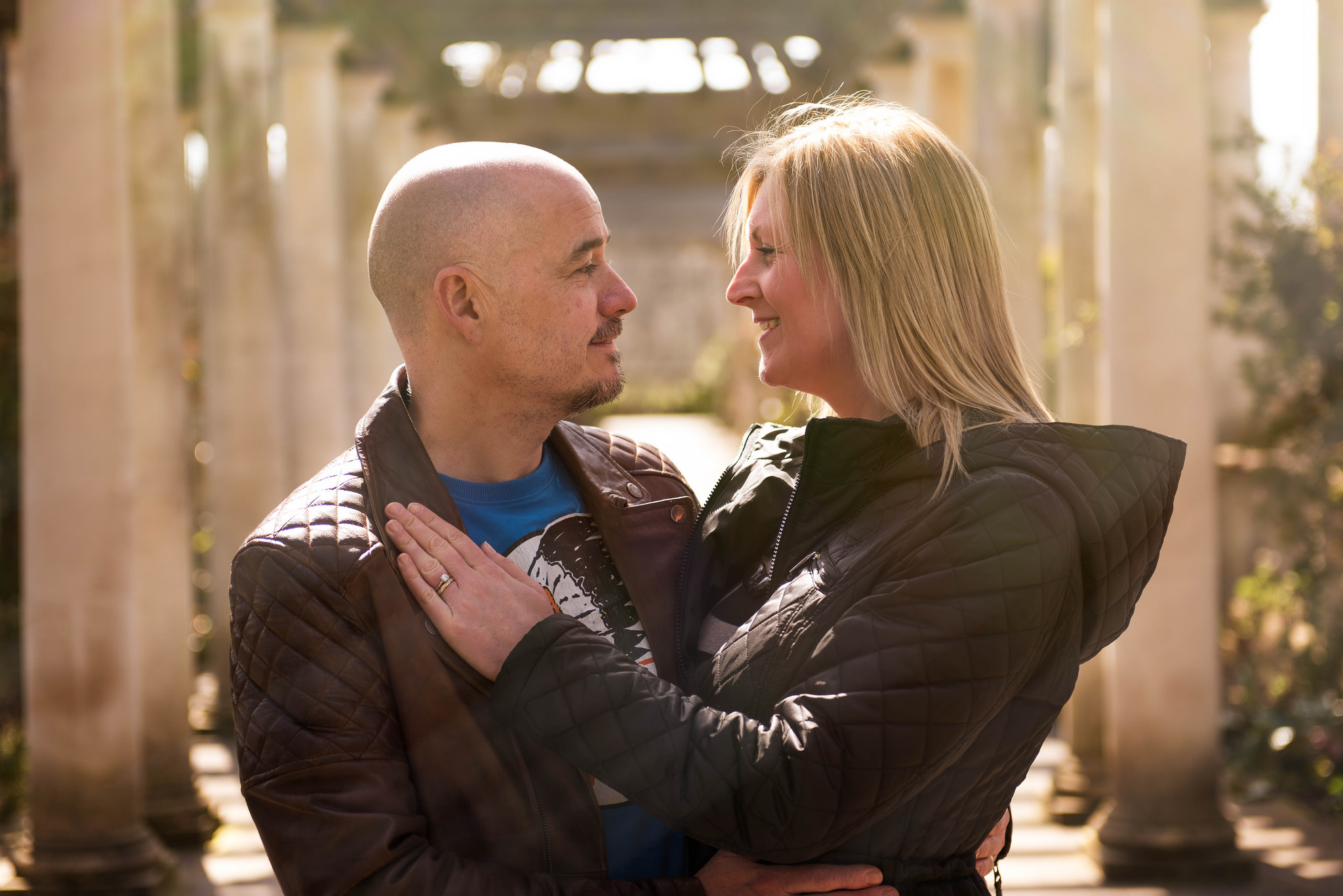 As my brother and sister-in-law were down for the weekend, we thought we’d take advantage of the congenial climate with a leisurely stroll around Hampstead. Not wanting to miss an opportunity for photography, I took along my D810 and a 24-70mm lens. 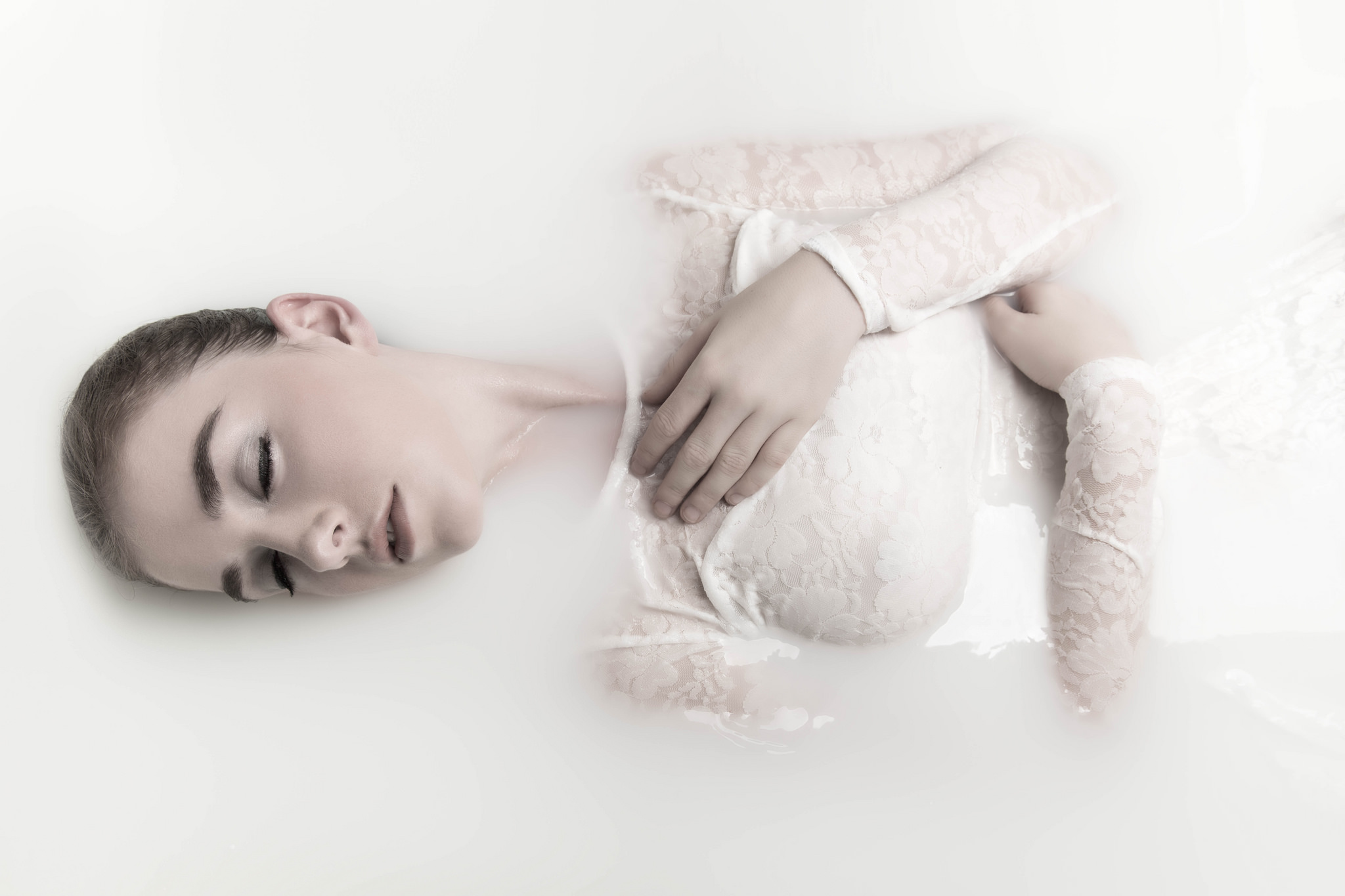 Half submerging a model in a bath tub of milk and flowers (usually rose petals) isn’t a particularly original idea. It’s been done many times before. However, it’s surely got to be a lot of fun, and so, in the spirit of ‘try anything once’ and the pursuit of something slightly more unusual than the images I normally create, here is the story and a few behind the scene pics of my own aquatic adventure… 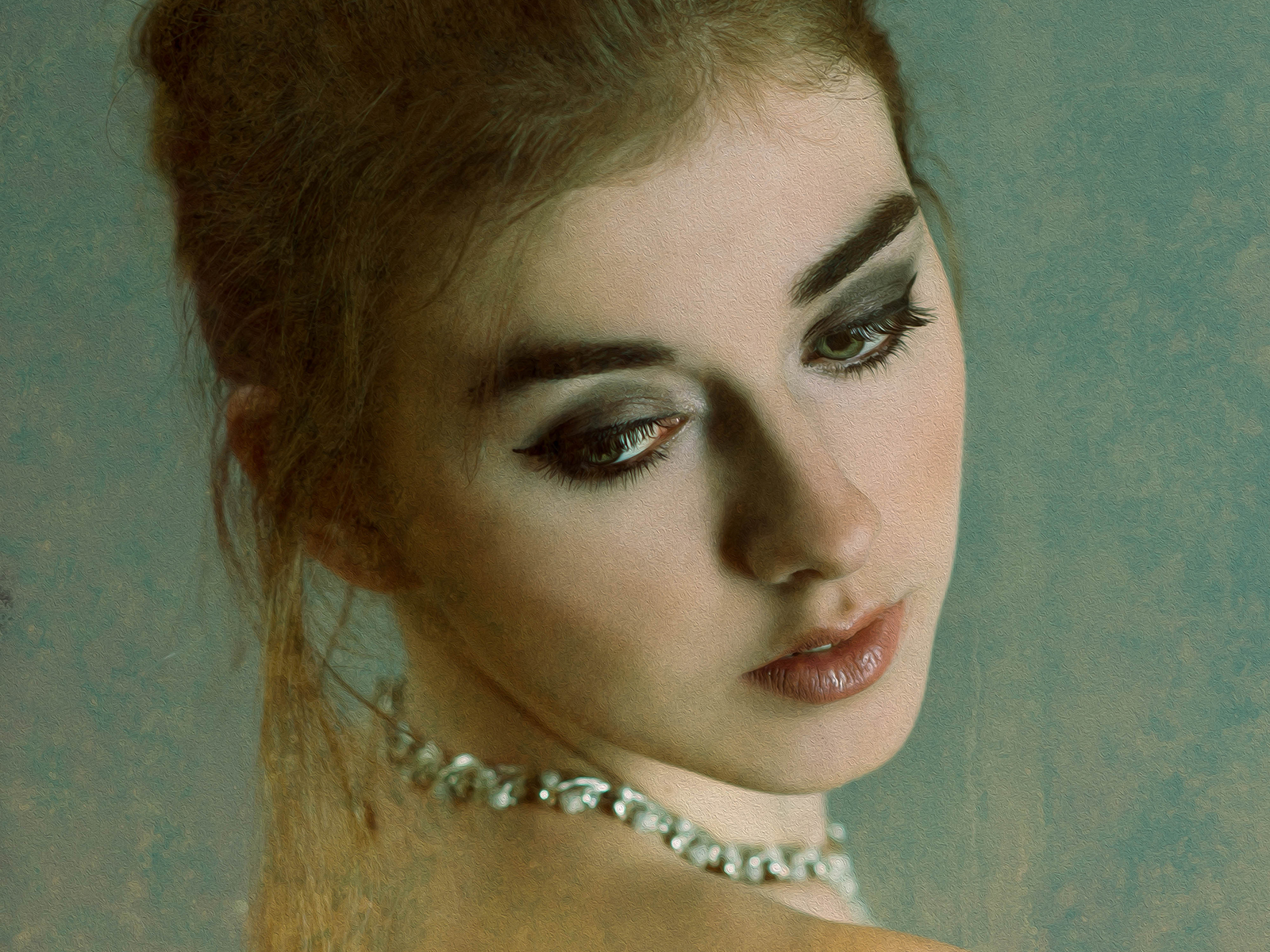 One of my new year’s resolutions is to shoot some personal project work alongside the wedding photography I do with Sam. I think we’ve pretty much established that I’m a ‘people photographer’ (just can’t get out of bed early enough to photograph landscapes) and there are quite a few specific disciplines I’d like to try. 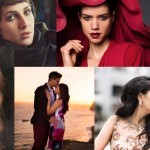 Three years ago, I made a decision to get serious about photography. It’s something of a personal journey for me, to see just how far passion and a little hard work can take me. I don’t really have a long term goal, but what I do want is to be able to stand in front of you at this time each year and be able to tell you, my friends and supporters, that I believe I’m a better photographer than I was twelve months ago. 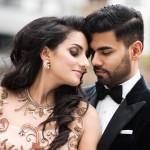 The final wedding I shot with Samir in 2015, was the amazing Sikh wedding of Gurpreet & Suresh. The itinerary was actually spread over two days, with ceremonies and celebrations in Bedford, Gravesend, Ilford and Canary Wharf. 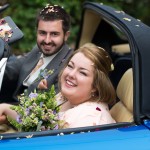 Once upon a time, I took a few snaps of my friends’ baby girl as she splashed around in a plastic bathtub while her mum bathed her. The baby girl grew up to be a beautiful woman and, twenty-two years later, I found myself in the quite amazing situation of being the photographer of her wedding! 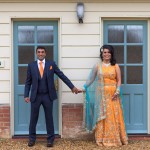 One of the advantages of being a wedding photographer is I get to shoot some amazing locations. Sam and I had a lot of fun at Foxhills Country Club a few weeks ago, so I was really excited to be asked to work at another beautiful venue, Woburn Abbey in Bedfordshire. 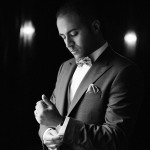 On a bright sunny day in the middle of August, I was delighted to be the assistant photographer at the wedding of Roopa & Keval. Their Indian wedding ceremony and reception event was held at The Grove – a five-star hotel with spa set in 300 acres of Hertfordshire countryside. 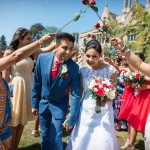 What better way to kick off the 2015 wedding photography season than on a gloriously sunny day at Foxhills Country Club in Surrey. Sam and I had already spent a really fun day on Nishan & Nitisha’s pre-wedding shoot at Durdle Door on the Suffolk coast in April, so I was delighted to be invited back to help Sam photograph their civil wedding and reception. 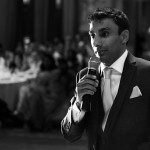 Using Off Camera Flash at a Wedding Reception

Getting the flash/Speedlight off the top of the camera moving it to an entirely different position relative to the photographer is a technique that can be used to produce a number of creative effects. At the last couple of wedding receptions we’ve done, I’ve been trying to add a little extra dimension to my images by utilising ‘off camera flash’ during the speeches. 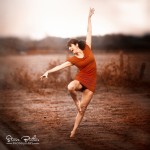 Nobody cares if you can’t dance well. Just get up and dance! Great dancers are great because of their passion. – Martha Graham 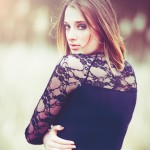 Another image from a series I shot with Poppy. Captured on my Nikon D600 and 70-200mm f/2.8 lens at 200mm, this image was left unprocessed for two years before recently reevaluated and given some love. 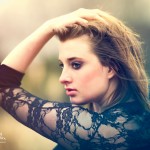 I consider my skills as an editor almost as important as my ability to operate a camera. As I’ve become a better photographer, I’ve been working to become a better editor. 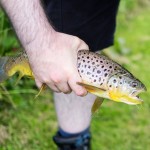 Fly Fishing on the River Test

The Test in Hampshire is one of the most picturesque rivers in the UK. It’s crystal clear chalk streams meander through pretty villages of thatched cottages and are regarded as some of the very best for fly fishing in the country. 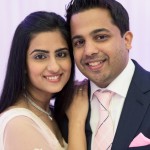 It was with great pleasure that I recently had the opportunity to be photographer at Veeral & Sheena’s UK Reception event at the Oshwal Centre in Potter’s Bar. 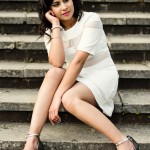 Recently spent a fun day in North London creating some portrait images for this lovely young lady, Jaspreet. The shoot was a collaborative exercise with Geeta Basra Taheem of Geetanjli Hair & Make Up, Sam (S&A Studios). 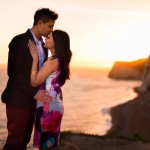 One Friday in April, I got a call from Sam (Samir Arun Photography) asking me whether I’d like to assist him on a pre-wedding location shoot at picturesque spot he’d found on the Dorset coast. I wasn’t doing anything in particular that weekend and it sounded fun (I’d not done a pre-wedding shoot with Sam before), so agreed to help out. 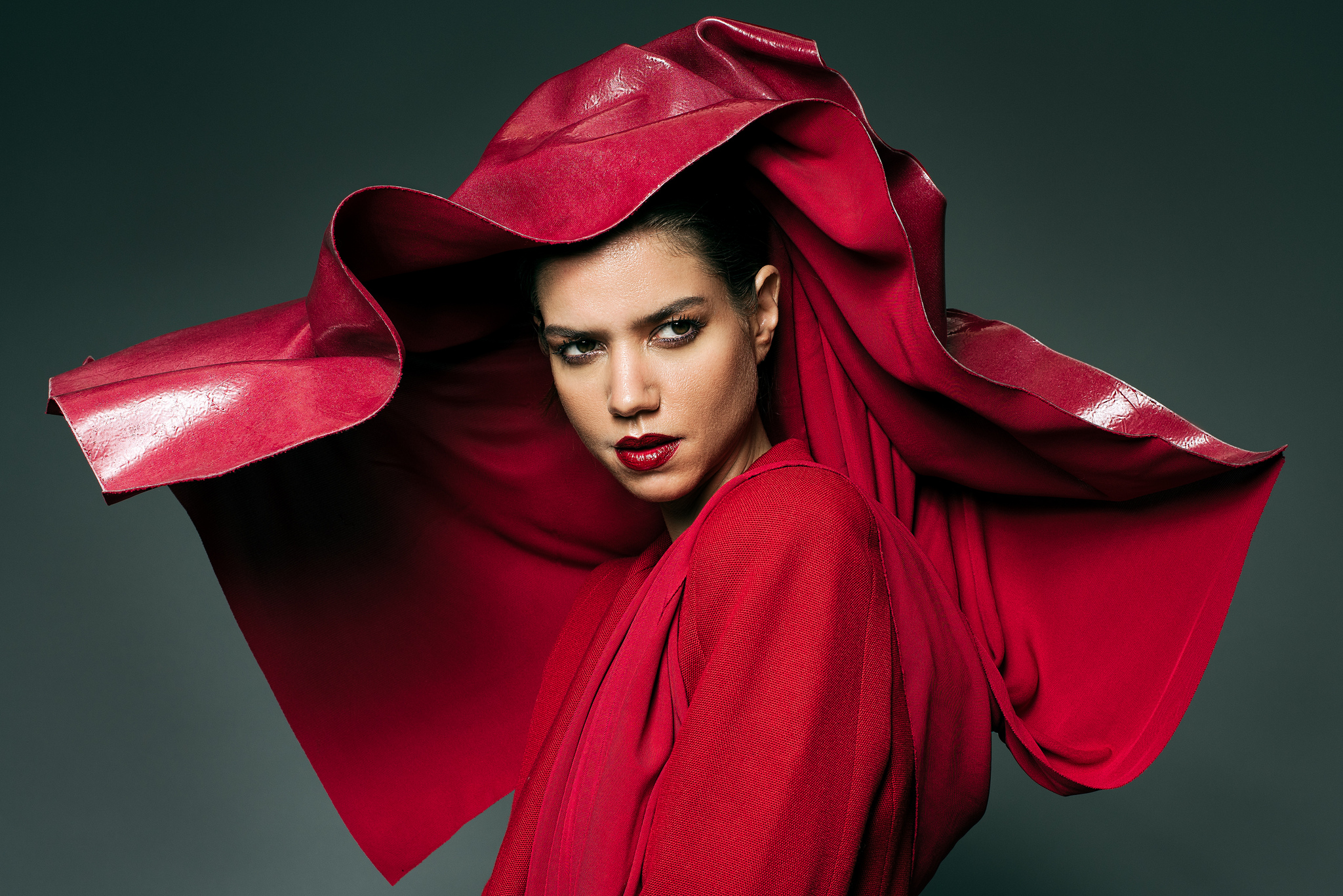 Back in January, I took part in an Urban Flash Portrait Photography workshop. Although I nearly froze to death in Leake Street (the graffiti artwork tunnel below London’s Waterloo Station), I had a lot of fun. So when the opportunity to work with the award winning fashion photographer Rossella Vanon on another workshop presented itself, I quickly signed up. 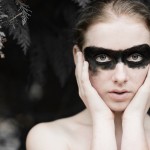 I’ve been thinking about doing a shoot that involved some kind of black mask or eye makeup for some time. I remembered I liked some of the poster images of Natalie Portman in Black Swan, and I’ve always loved the Odette/Odile story too. 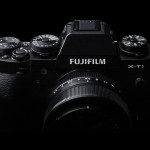 Anyone who’s ever held my Nikon with a 70-200mm lens and SB-910 Speedlight flash on top will tell you, it weighs a tonne!! If I’m out for an evening we friends, on a short holiday break abroad, a guest at a friend’s wedding, or really anywhere where I need to travel light or be discrete, it’s my Fuji I’ll be taking! 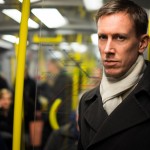 As we both had a few days holiday to use up, J and I decided to take the opportunity to visit J’s cousin Hetal and her partner, Viktor, in Stockholm, Sweden. Neither of us had ever been to that part of Europe before, so we were really looking forward to seeing the guys and sampling a little Swedish hospitality. 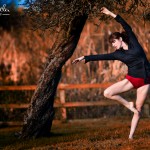 Two years ago, I decided I wanted to get more serious about photography. Although I’ve always owned a camera, I wanted to extend my understanding of the subject and skills beyond that of a casual hobby, to focus on learning as much as I possibly could and make photography my ‘passion’. 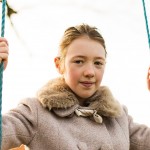 I have been writing a blog about my adventures exploring the possibilities of digital photography for about two years. Before I created this website, my blog was hosted on Tumblr and there are about 60 […]